The ZAGA Concept for a minimally invasive “Canal Osteotomy” combined with the use of a Straumann® Zygomatic ZAGA® Flat implant.

A 75-year-old female patient presented to our office with the chief complaint of deficient chewing function and poor aesthetics. Regarding her medical condition, she reported not suffering systemic diseases and not taking any medication.

The clinical assessment in the upper jaw showed the presence of hopeless teeth on positions #13, #12, #11, #21, #22 and #23, with advanced chronic periodontitis and atrophic ridges on the posterior areas. On the other hand, in the lower jaw she presented an implant on position #43 supporting a failing partially removable prosthesis.

The patient expectations were high, and she requested a short-lasting therapy avoiding large bone augmentations with an immediate fixed prosthesis at her upper and lower jaws.

The decision was done in favor of the extractions of all remaining teeth which were considered hopeless and immediately followed by the complete rehabilitation of the upper and lower jaws a with fixed prosthesis anchored on oral implants.

The treatment decision-making process was based on impressions and casts from the upper and lower jaws using a SAM dental articulator, the radiographic assessment (X-rays & CBCT) and a digital planning software (Figs. 1- 4).

Following a careful evaluation; it was planned to perform in the upper jaw a Hybrid Zygoma approach (4 dental-implants and 2 zygoma-implants), that included a ZAGA surgery with two ZAGA flat implants of 40 mm length on the right side and 42.5 mm length on the left side (advanced), four conventional dental implants,  a periodontal plastic surgery (pediculated connective scarf graft) and an immediate fixed restoration consisted on a screwed retained provisional bridge.

Moreover, in the lower jaw five conventional implants with an immediate screw-retained fixed restoration were planned.

According to our standard protocol, the final restorations were delivered six months after surgery.

The whole procedure was conducted under full narcosis. The hopeless teeth were extracted and a mucoperiosteal flap was elevated by means of supracrestal and three vertical incisions in the tuberosity regions and the midline. These incisions enabled the flap mobilization beyond the infraorbital margin.

The surgeon’s first act after raising the flap should be to mark with a surgical pencil the reference points for the alveolar and zygomatic bone entrances. Therefore, these coronal and the zygomatic entrance points on the left second premolar/first molar position were pointed according to the virtual planning (Figs. 5 & 6).

As the alveolar thickness was less than 4 mm, a “tunnel” osteotomy was not recommended. The drilling protocol consisted on the use of the lateral cutting bur help to initiate a canal and where the next drill tail will slide. The canal diameter was still reduced at this stage in order to precisely embrace and guide the next bur tail. It is important to take into consideration that just the first part of the lateral drill is used to initially prepare a channel with a diameter congruent to the round bur tail (Fig. 7).

The slight adaptation of the lateral bur allowed the use of a round bur, which was supported by the alveolar channel. In this stage; the direction, depth and the inclination of the future implant trajectory was evaluated. Once the channel showed the desired depth and the floor surface became even, the round bur tail slid up and down gently. The grinding with the round bur becomes more precise by gently touching the bone during the slide down movement and by a “grinding-back” movement the round bur is able to eliminate the channel floor irregularities (Figs. 8 & 9).

Once a zygomatic notch was prepared; the channel was evaluated in order to ensure a homogeneous floor, desired inclination and depth. For the final drill diameter, a Ø2.9mm twist drill was used with profuse irrigation and with up and down movements, using short pressure periods of about 4 seconds, allowing the saline to clean and cool the drill (Figs. 10 & 11).

Following the drilling protocol, the ZAGA channel osteotomy prepared according to the virtual planning was appreciated with a minimal destruction of the alveolar bone maxillary wall and zygomatic bone. A precisely congruent to the implant shape maxillary groove was created while maintaining sinus lining integrity (Figs. 12 & 13).

After it was ensured that the implant site was free of soft tissue remnants, the torque control was set at 50Ncm and 15 rpm, and a flat tapered implant design (Straumann Zygomatic Implant ZAGA®-Flat) was inserted at increased torque using the hand piece with the final aid of the manual implant holder. The self-tapping flutes helped this implant design to smoothly penetrate the external cortical of the zygomatic process. Enhanced primary stability was achieved by the implant tapered design and by a conservative final drill-implant diameter difference of 1 mm (Figs. 14 & 15).

Additional remarkable characteristics of this design include the diameter of the implant transport holder which is the same as the implant itself. This feature helps us to easily manage the implant insertion in situations where the implant is inserted close to another implant or into hard bone.

As previously planned, the implant (grade 4 titanium) was placed partially outside the bone envelope. Thanks to its flat section, a possible vascular compression of the soft tissues was diminished (Figs. 16-19).

The same procedure was followed on the contralateral side. Additional four conventional implants were placed on the anterior side. To increase the amount of keratinized tissue buccal to the implant, a palatal incision was made. The double pediculate partial flap aimed to make possible a first intention closure of the soft tissue. Finally, a mattress technique with a non-resorbable suture was performed (Figs. 20 & 21).

In the lower jaw, four conventional implants on positions #32, #34, #42 and #44 were placed following the manufacture’s protocol.

The prosthetic workflow included the positioning of screw retained abutments (SRAs) and positioning transfers in order to perform an analog impression (Fig. 21).

The delivery of the screw-retained temporary bridge was done in the same day and an X-ray control was taken.

The clinical and radiographic one-year follow-up evaluations showed the outstanding outcomes of combining the use the ZAGA Concept for hard and soft tissue management and an implant design (Straumann Zygomatic implant ZAGA flat) with features adapted to the patient anatomy.  Additionally, we could also appreciate the excellent bone and soft tissues stability around Straumann zygomatic abutments that have been achieved.

This was also thanks to the anatomic, prosthetically driven position of the implants and the use of straight non-angulated abutments (Figs. 22-25).

At one-year follow-up, the high level of patient satisfaction was maintained as she considered that all her expectations were fulfilled (Fig. 26).

Dr. Aparicio is an expert in the complex technique of zygomatic implants, which consists of oral rehabilitation in the face of dental loss by means of prostheses fixed to the jawbone. It is the solution for patients who present lack of maxillary bone necessary for the fixation of an implant.

Graduated in Medicine and Surgery from the University of Navarra, he completed his training in implants, prostheses and dental aesthetics in the USA, Canada, Switzerland and Sweden. He is also honorary president and founder of the Spanish Society of Minimally Invasive Dentistry and director, in collaboration with the University of Barcelona and the University of Gothenburg, of the program at Zygomatic Implants. 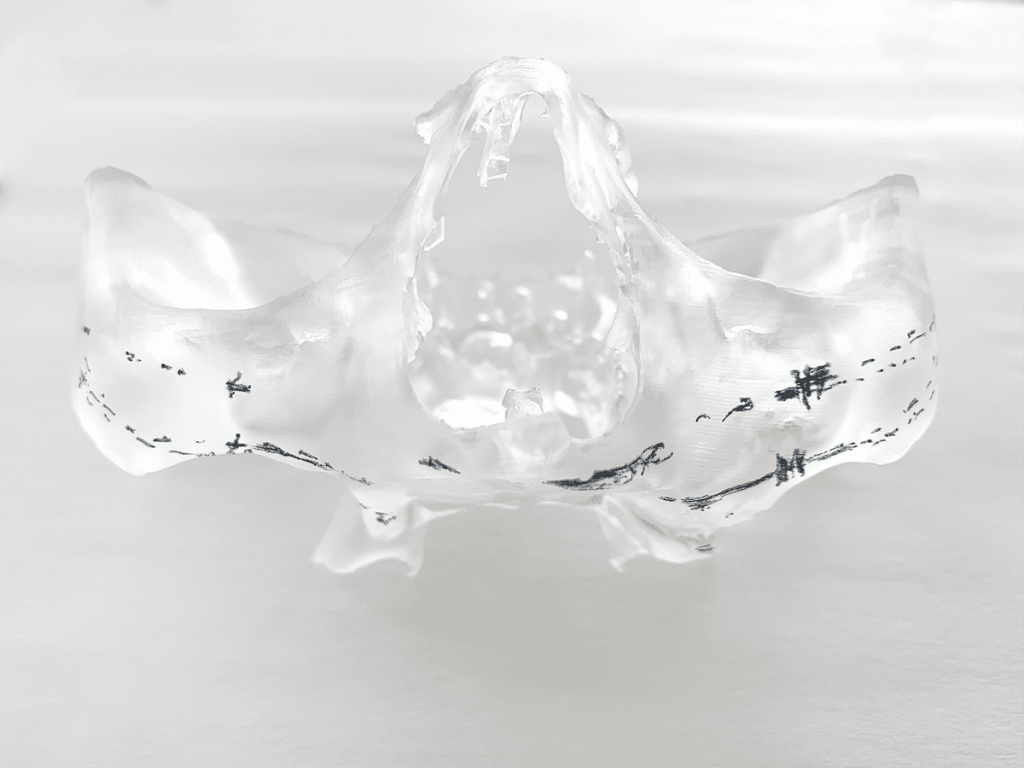 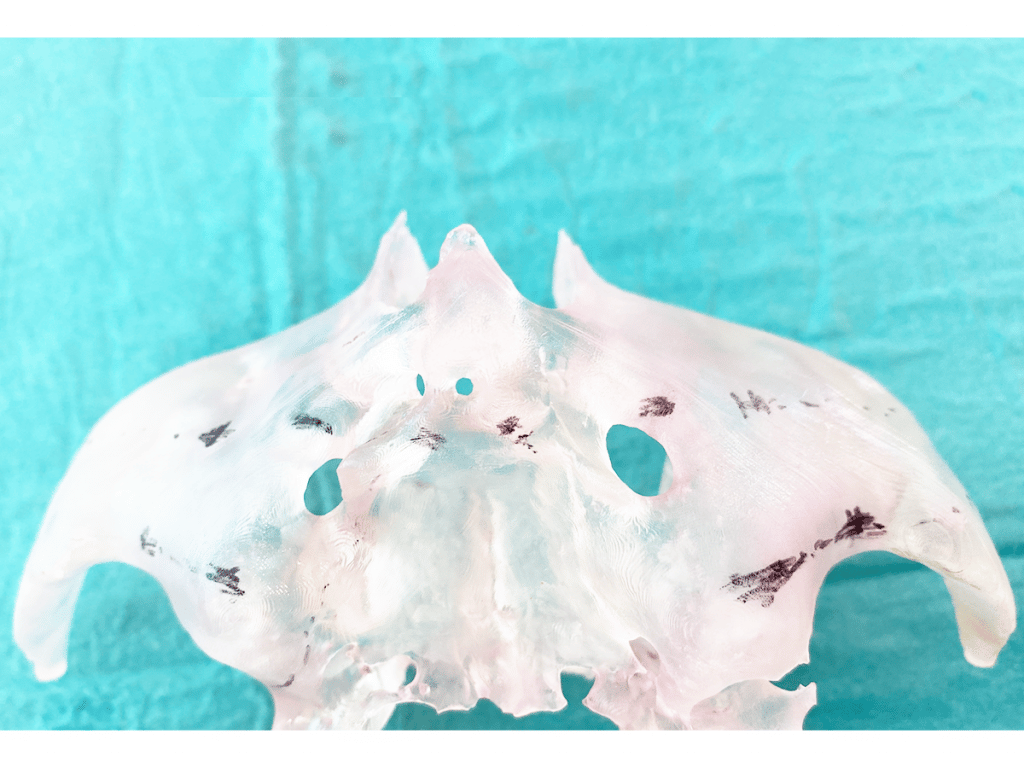